Use Your Intuition to Guide and Protect Yourself

In Bruce Lipton’s book, The Biology of Belief, he states:”human intelligence can only be fully understood when we include spirit (“energy”) or what quantum physics-savvy psychologists call the “superconscious mind”.  What’s that you might ask?

Superconsciousness is our capacity to “know” beyond our five senses – we don’t see, hear, touch, smell or taste anything but somehow we know things.  How is it possible that we “know” things apart from us?

Consider the woman who donated a single cell from her tongue.  The cell was connected to an EEG which produces readings similar to the polygraph (“lie detector”). With one camera on the EEG readout and a camera crew on the woman, she was sent out to a rough section of town where she encountered several undesirable situations.  Even though she was over three miles away, the instant something happened, her tongue cell picked up her emotional responses as shown on the EEG readings.

The evidence is clear that we have a “sixth” sense to help us.  This “extrasensory” ability seems to have two ways of perceiving reality – either as a ‘particle’ or as a ‘wave’.  Particle information is primarily processed in the left hemisphere while wave information is primarily in the right.  I believe that my sixth sense saved me from a dangerous situation in Mexico.

And what about George Soros, an international financier who has made millions in the risky, intense world of currency arbitrage who “feels” opportunities in his back. Even high-powered computers can’t factor in the rational and psychological factors when it comes to changeable money markets.

You can learn about your own intuitive sensory perception – the way your intuitive mind uses your six senses.

Attend the workshop this Saturday, November 7th and discover how your preference for seeing, hearing or “feeling” information informs your intuitive perceptions and how that could guide and protect yourself. 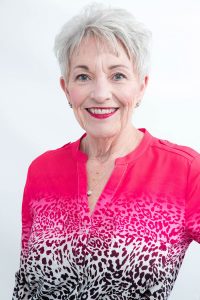 My blog focuses on tenants of human potential and success, emotional and physical healing, spirituality, metaphysics, neuroscience, mindfulness and the disciplines of energy healing and energy psychology.